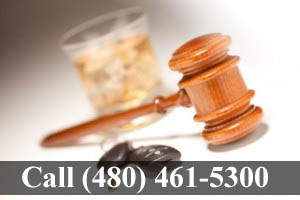 If you are facing DUI charges in Arizona, you could use one of the top defense lawyers in Phoenix to state your case.

Nobody should have to face the prospect of serious DUI charges alone. Hire Udall Shumway as your trusted and reliable Phoenix DUI lawyer – and the guarantee of fair, sharp representation for your case.

The same isn’t true for anyone who makes the mistake of choosing to represent their own DUI cases.

More than this, an expert DUI attorney can also gather evidence in the case, including witness statements, that might prove their client’s innocence where the truth is being disputed.

Additional charges can change a simple DUI charge from a misdemeanor to a felony that carries much more serious penalties and the potential of jail time.

An attorney can intervene on their client’s behalf if they are facing any additional charges related to the DUI conviction.

A DUI is a serious charge no matter how you look at it. Here are some possible defenses to a DUI charge that have been used in courtrooms before and might apply to your case.

Being forced into a situation where you were threatened or coerced into driving when you didn’t fully consent can change the circumstances of a DUI charge.

Anything you say in a tricky
legal situation is likely to be held against you in court at a later date.
Don’t say anything until you’ve spoken to your lawyer.

Remember that you have the
right to an attorney to ensure fair representation in court no matter the situation or seriousness of the charge – and you don’t have to say a single word until you’ve spoken to your attorney.

This blog should be used for informational purposes only. It does not create an attorney-client relationship with any reader and should not be construed as legal advice. If you need legal advice please feel free to contact us at (480) 461-5300. Udall Shumway PLC is located in Mesa, Arizona and is a full service law firm. We assist Individuals, families, businesses, schools and municipalities in Mesa and the Phoenix/East Valley.