Davis and Kielsky Elected to MCBA Board of Directors for 2018 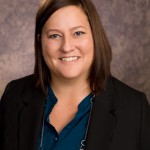 Ms. Davis is currently an associate at Udall Shumway, PLC in Mesa, Arizona, as part of the firm’s education law section representing and advising charter schools and school districts throughout the state. Kim has been a member of the MCBA since she was in law school, and has served in a leadership capacity of the MCBA’s Young Lawyers Division (YLD) since 2014. Currently, Kim is the President of the YLD and is a member of the MCBA Board of Directors. Kim is very active in community organizations and is a member of the Board of Directors for The Centers for Habilitation in Tempe. “Since 2014, when I first joined the Young Lawyers Division Board of Directors, I have been committed to the MCBA and the success of the Association and its various sections and divisions. As a member of the Board of Directors for 2017, I have striven to ensure that the best interest of the MCBA and its members are always at the core of my decisions. As a leader in the Association, I have learned the value the MCBA provides to all its members and the community through the various offerings such as CLEs, networking events, etc. I hope to continue to play an integral part in furthering the MCBA’s mission and values for years to come.”

Mr. Kielsky is a partner at Udall Shumway PLC, in Mesa. He is admitted in Arizona and California, and to Arizona’s U.S. District Court. Mr. Kielsky’s practice areas include criminal defense and traffic ticket defense. He has served on the MCBA Board since 2012, as President of the East Valley Bar Association from 2011-13 and again from 2015 on, and on the Community Legal Services Board since 2016. His committee memberships include the State Bar’s Technology Committee from 2012- 15, and the MCBA’s Lawyer Referral Service Committee since 2012. Mr. Kielsky was appointed as a Maricopa County Justice of the Peace pro tempore in 2014, and as a Maricopa County Superior Court Judge pro tempore in 2017. Mr. Kielsky has presented CLEs before numerous groups and is a State Bar of Arizona Certified CLE Presenter. Mr. Kielsky is a founding board member of ‘Generations After, Descendants of Holocaust Survivors in Greater Phoenix’. Also active in politics, Mr. Kielsky was the Libertarian candidate for Maricopa County Attorney in 2008, 2010, and 2012, receiving nearly 28% of the votes in 2012. Professionally and in volunteer activities, Michael Kielsky has consistently advocated and worked to advance individual rights, personal autonomy and responsibility, and justice.

Udall Shumway PLC is a full service law firm, serving businesses and consumers for over 50 years. Located in the center of growth in the East Valley, we remain a leading Law Firm in the Phoenix-metro area because of the variety of legal services we provide as well as the skill and experience of our attorneys and staff. If you are in need of legal representation, call our offices at 480.461.5300.